A military expert and a former member of the UN’s biological commission said equipment found in the militants’ chemical warehouse discovered by Russian forces in Douma was made in UK or Germany.

“The equipment found in the laboratory, including the chemical reactor, and shown in the video was made in the West, highly likely – in the UK or Germany,” Igor Nikulin, told Sputnik.

Russian military forces had unearthed on Tuesday (April 17) a warehouse of substances essential for the manufacture of chemical weapons in the Syrian city of Douma in Eastern Ghouta.

“The substances discovered, such as thiodiglycol and diethanolamine, are necessary for the production of sulfur and nitrogen mustard gas. In addition, a cylinder with chlorine, similar to that used by militants to set up the widely spread fake story, was found in the warehouse. It can be concluded that this laboratory was used by illegal armed groups for the production of poisonous substances,” Nikulin said, as cited by the Zvezda TV channel.

On April 14, the United States, the UK and France fired launched an aggression on Syria, over an alleged chemical attack in Douma.a 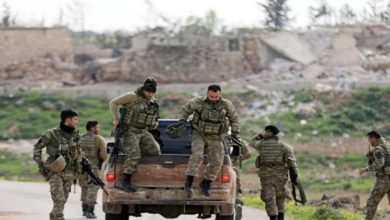 Syra’s army and its allies seized strategic town in Idlib 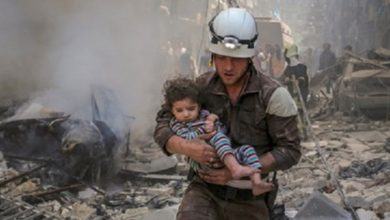