“Hey Netanyahu! You are occupier. And it is as an occupier that you are on those lands. At the same time, you are a terrorist,” Erdogan said in a televised speech in Adana, southern Turkey, on Sunday.

He added that what Israel does to the “oppressed” Palestinian people “will be part of history and we will never forget it.”

“We are not guilty of any act of occupation,” Erdogan said.

On Friday, at least 17 Palestinians lost their lives and more than 1,400 others sustained injuries when Israeli military forces opened fire on thousands of protesters who had flocked to a sit-in near the Gaza border.

The rallies coincided with the 42nd anniversary of Land Day, which commemorates the murder of six Palestinians by Israeli forces in 1976.

Israeli troops wounded 49 Palestinians during fresh anti-occupation mass rallies in the Gaza Strip on Sunday amid global outrage over Tel Aviv’s use of force that marked the most violent day in the blockaded coastal sliver in recent years.

The Palestinian Health Ministry reported that the Israeli forces had opened fire at protesters in different Gaza cities, among them Jabalia, Rafah, Khan Yunis and Beit Hanoun.

In a message on his official twitter account late on Saturday, Netanyahu praised the Israeli troops for killing the Palestinians which he claimed were aimed at guarding Israel.

Earlier on Saturday, the Turkish president “strongly condemned Israel for its inhumane attack” against the Palestinian people.

“Have you heard any noteworthy objections to the massacre by Israel that happened yesterday in Gaza from those who criticize the Afrin operation?,” Erdogan said during a speech in Istanbul.

Netanyahu later took to his Twitter account to hit back at the Turkish president over his sharp criticism of Israel and claimed, “The most moral army in the world will not be lectured to on morality from someone who for years has been bombing civilians indiscriminately.”

UN Secretary General Antonio Guterres and the European Union on Saturday called for an independent and transparent probe into Israel’s deadly use of force against protesters in the Gaza Strip.

EU’s diplomatic chief Federica Mogherini called for an investigation that could shed light on how the Palestinians were killed during demonstrations at the border between Gaza and the occupied Palestinian territories a day earlier.

Israel’s Minister of Military Affairs Avigdor Lieberman rejected the calls for an inquiry into the killing of the Palestinians. 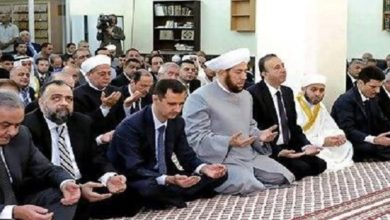