Egyptâ€™s security guards have arrested brother of the al-Qaeda ringleader Ayman al-Zawahri on the west bank of the Nile.

Mohammed al-Zawahri, ringleader of a Salafist group, was detained at a checkpoint in Giza, the third largest city in Egypt and the city across the Nile from Cairo.

Mohammed al-Zawahri’s group espouses a hardline ideology but was not clandestine prior to the military takeover on July 3.

He was allied with ousted President Mohamed Morsi, whose supporters are now taking to the streets to protest the killings of its supporters in a security crackdown last week.

He was detained as part of a roundup of more than 1,000 hardliners in the country. The roundup, announced by the authorities, was conducted after Friday’s protests.

Mohammed al-Zawahiri had been seen in Cairo in January at protests outside the French Embassy by hundreds of Salafists against the French military campaign in Mali.

Tension has intensified in Egypt since July 3, when army chief Abdel Fattah al-Sisi removed Morsi from office, suspended the constitution and dissolved the parliament. 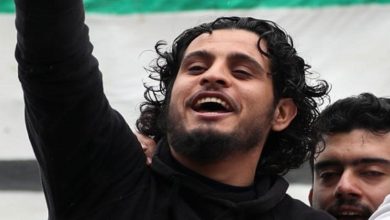