The Syrian ambassador to the United Nations says Saudi Arabia and Qatar are responsible for the deteriorating humanitarian situation of the Syrian people.

Bashar Jaâ€™afari said in an emergency meeting of the UN Security Council on the humanitarian situation in Syria on Thursday that Riyadh and Doha should answer to the world for the turmoil in Syria.

He also stated that Saudi Arabia and Qatar are providing arms to terrorists inside Syria.

Jaâ€™afari added that Syria â€œfeels a great bitterness and sorrow when we see some of our brothers living in tents on the border in dreadful conditions.â€

The Syrian diplomat referred to the US-engineered sanctions against Syria and said the sanctions have had a destructive effect on the lives of ordinary Syrians.

In addition, Jaâ€™afari criticized Turkey for allowing terrorists to set up training camps on its soil.

On June 21, The New York Times reported that a group of CIA officers are operating secretly in southern Turkey and that the agents are helping the anti-Syria governments decide which gangs inside the Arab country will receive arms to fight the Syrian government.

Syria has been experiencing unrest since March 2011.

The countryâ€™s President Bashar al-Assad said in an interview with al-Dunia TV channel, aired on August 28, that the â€œsituation on the ground is better but we have not yet won — this will take more time.â€ 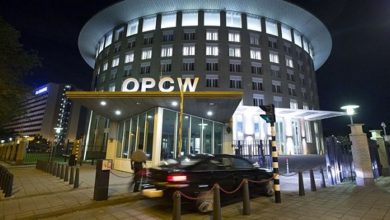 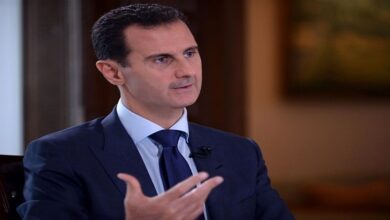