A group of Human Right activists have expressed their concern over deteriorating human rights situation in the Persian Gulf state of Bahrain.

The Sunni-dominated government has intensified the crackdown launched against the Shia population, arresting dozens of opposition figures on suspicion of toppling the government.

In a letter to the Bahraini King, Shaikh Hamad bin Isa Al Khalifa, the officers of the Advisory Committee of Human Rights Watch’s Middle East Â and North Africa division criticized the government.

The group also called on the King of Bahrain to defend human rights activists, saying they are worried about Nabeel Rajab, the head of the Bahrain Center for Human Rights and a member of the Advisory Committee.

The government-affiliated media accused Rajab of liaising with “international organizations.”

The allegation came after the Bahrain Center for Human Rights criticized the government’s recent arrests of opposition figures, the activists wrote.

In an interview with Press TV last week, Rajab said, “there is a continuous war against all Shias who are critics of the government.”

Many of the opposition detainees were tortured and sexually assaulted, among them were religious figures, he revealed.

The population of Bahrain is predominantly Shia. However, the majority group has long complained of being discriminated against by the Sunni-dominated government in obtaining jobs and receiving services.

The Shia opposition also refuses to recognize the 2002 Constitution, which curbed the power of the Shia-majority parliament, and has called for the boycott of next month’s parliamentary elections.

The following is the complete text of the letter to the King of Bahrain:

Office of H.M. the King

We are writing as the officers of the Advisory Committee of Human Rights Watch’s Middle East and North Africa division to express our grave concern regarding the deteriorating human rights situation in Bahrain. We are concerned in particular by the apparent targeting of human rights activists, including our colleague Nabeel Rajab, who is the head of the Bahrain Center for Human Rights and a member of this Advisory Committee.

On September 3, Human Rights Watch wrote to you and requested your intervention to halt the campaign of public vilification in official media as well as in media considered close to the government of our colleague. These media reports have accused Mr. Rajab of liaising with â€œinternational organizationsâ€- an evident reference to Human Rights Watch as well as other international rights groups.

As you are aware, the Bahrain Center for Human Rights has criticized the government’s recent arrests of opposition figures, including civil society activists, and the group continues to disseminate important information regarding the alleged mistreatment and torture of detainees by security forces. We are seriously concerned that Mr. Rajab and other human rights defenders in Bahrain are essentially being targeted for their human rights monitoring and reporting activities.

These media attacks are intended to tarnish Mr. Rajab’s reputation and standing in the community. More importantly, they potentially endanger Mr. Rajab and his family by appearing to make him a legitimate target for attack by third parties. Over the past few weeks, Mr. Rajab has expressed serious concern to Human Rights Watch and members of this Advisory Committee that the aforementioned media attacks have created a prevailing climate of suspicion, prejudice, and anger against human rights defenders in the country. He has informed us that he has taken precautionary measures to ensure the safety of his family, but there is deep uncertainty and unpredictability regarding future government actions against him and other human rights defenders in the country with whom we work.

Mr. Rajab is a dedicated human rights defender who continually works to improve the human rights situation for all Bahrainis, an invaluable member of this committee, and, above all, a friend and colleague.

We therefore urge you and the government of Bahrain to take all necessary measures to ensure his personal safety and allow him and other human rights defenders in the country to continue their important work without threat of arrest or interference.

Ambassador, Embassy of the Kingdom of Bahrain

Dozens of Syrian children died due to cold at refugee camp in Hasakah: UN 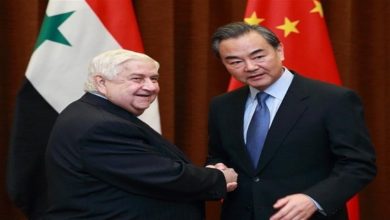