Head of Supreme Islamic Iraqi Council, Syed Ammar al-Hakim and his delegation on Wednesday returned to Baghdad after visit to the Saudi capital Riyadh. According to the Shiite News, Syed Bassem al-Awadi, media adviser to the Head of the Supreme Islamic Iraqi Council told the Shiite News that Ammar al-Hakim during his visit to Sauid kingdom met Saudi King Abdullah bin Abdul Aziz and senior Saudi officials and discussed the issues of mutual interests and overall situation of Iraq”. He added: “al-Hakim and Saudi Highups were not raised the issue of Iraqi elections and the issue of forming the government or alliances, but discussions were friendly and dealt with the situation in Iraq in general.” Hakim has arrived yesterday evening to the Saudi capital Riyadh and met Saudi King Abdullah bin Abdul Aziz and discussed with him a number of topics of common interest during his one day visit. The meeting was attended by Saudi Foreign Minister Prince Saud al-Faisal, Foreign Minister and Deputy Chief of General Intelligence for Intelligence Affairs Prince Abdulaziz bin Bandar bin Abdulaziz, Advisor to the King, Prince Abdulaziz bin Abdullah bin Abdul Aziz, Iraq’s ambassador to the Kingdom Ghanim Alwan al-Jumaili. It may be noted here that the Head of Supreme Islamic Iraqi Council Syed Ammar al-Hakim had visited the Saudi kingdom due to an official invitation from Saudi King Abdullah Bin Abdul Aziz, sources close to al-Hakim said. Hakim’s visit follows similar trips to Riyadh to meet the king by President Jalal Talabani last week and representatives of the Sadrist movement loyal to radical Shiite cleric Moqtada al-Sadr in late March. Also, leaders of Iraq’s Kurdish minority have also met the king in the past week. 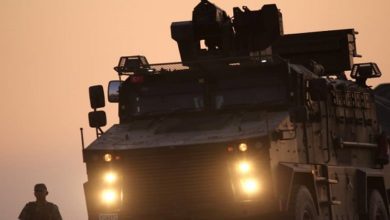