Iranian President Mahmoud Ahmadinejad and Hezbollah Secretary-General Syed Hassan Nasrallah have joined Syrian President Bashar Assad for dinner in Damascus, Al-Manar TV reported. The state-run Syrian Arab News Agency also said Friday that the three leaders met during a dinner Assad hosted in honor of Syed Nasrallah and Ahmadinejad. The banquet was also attended by members of the two official Syrian and Iranian delegations as well as the delegation accompanying Syed Nasrallah, SANA said. Â  Al-Manar channel said the three leaders discussed the latest developments in the region and Israeli threats against Lebanon and Syria. There was no official statement about the issues discussed during the event. Iranian Foreign Minister Manouchcher Mottaki also attended Thursday’s meeting, Al-Manar said. Â  During the meeting with the heads of the Palestinian factions, the Iranian leader warned that any Israeli attack will be met with stiff resistance. “If the Zionists want to repeat their mistake again, they must be uprooted from the source,” he said. “This criminal regime is doomed and the grand victory is imminent.” The Palestinian factions in Syria, included Hamas politburo chief Khaled Mashaal, Islamic Jihad Deputy Secretary-General Ziad Nahla and Ahmed Jibril, leader of the Popular Front for the Liberation of Palestine â€“ General Command. Â  Ahmadinejad made similar remarks after his meeting with Assad on Thursday. In a joint press conference in Damascus, the two conveyed a clear message to Tel Aviv, saying that any move on Israel’s part could ignite a conflict with all of the region’s nations. Â  Assad, for his part, addressed recent statements made by Israeli officials, saying that “we believe we are facing an entity that is capable of aggression at any point, and we are preparing ourselves for any Israeli aggression, be it on a small or large scale. We must be prepared for any Israeli response, under any pretext.” 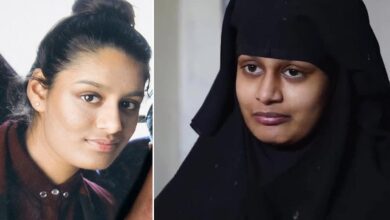 Terrorists in Syria Pray for Erdogan

Over 100 French ISIS fighters killed in Iraq and Syria