Turkish military helicopters, operating as part of an unauthorized campaign in Syria’s Afrin, have reportedly targeted a group of pro-government forces defending the northern region.

The attack, first reported by the London-based Syrian Observatory for Human Rights on Friday, was carried out by three choppers in a village north of Afrin, in northwestern parts of the Arab country.

According to the Observatory, 14 of the dead belonged to the pro-Damascus forces that had entered Afrin last week to defend the region against Turkey’s ‘Operation Olive Branch,’ which is targeted at militants from the Kurdish People’s Protection Units (YPG) controlling Afrin.

Earlier on Thursday, Turkey’s armed forces confirmed that at least eight Turkish soldiers were killed in the conflict, while another 13 were injured.

The Observatory said only three of the casualties were YPG militants, but Turkey’s state-run Anadolu news agency put the number at nine.

Turkey views the YPG as the Syrian branch of the militant Kurdistan Workers’ Party (PKK) that has been fighting for an autonomous region inside Turkey since 1984.

Turkish President Recep Tayyip Erdogan has repeatedly called for Afrin to be cleared of “terrorists.”

Denying reports of widespread civilian casualties, Turkey insists that it has “neutralized” over 2,000 people it calls “terrorists” since the onset of the military operation in January.

More than 390,000 civilians trapped in the region are said to be struggling with severe shortages of food and medical supplies.

Syria has slammed the Turkish military intervention as a violation of its sovereignty. 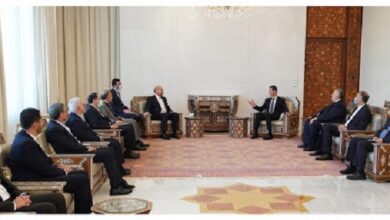