According to Syria’s official SANA news agency on Tuesday, a series of airstrikes targeted an internally displaced persons’ camp in the provice’s eastern region of Dhahret al-Allouni.

The attacks also injured a large number of people and destroyed or severally damaged civilian property.

The incident took place just hours after Damascus called on the United Nations Security Council to act against the insistence of the US-led coalition purportedly fighting the Daesh Takfiri terrorist group on perpetrating massacres against the Syrian nation.

On February 25, Syria’s official news agency SANA reported that US-led airstrikes had targeted the villages of al-Sha’afa and Dharat Allouni in the country’s eastern province of Dayr al-Zawr, killing 29 civilians and injuring dozens of others. 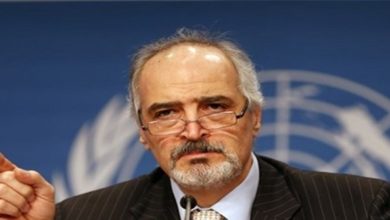