The Turkish army has attacked pro-Syrian government forces that had earlier arrived in the Kurdish-held Afrin region in northwestern Syria to defend the Syrian Kurds against Turkey’s offensive.

On Tuesday afternoon, hundreds of popular forces from the National Defense Forces (NDF) supporting the government in Damascus began entering the Kurdish-held region of Afrin through the al-Ziyara crossing point north of the town of Nubl.

Turkish state news agency Anadolu said Turkey’s army fired “warning shots” at the Syrian popular forces, noting that they “retreated to about 10 kilometers from the town because of the warning shots.”

The shelling marks a major escalation of tensions between the two countries since Turkey and its allied militants launched a military offensive against Afrin last month.

In a statement on Tuesday, US-backed People’s Protection Units (YPG) spokesman Nouri Mahmoud said the Kurdish forces had called on the Syrian government to help fend off Turkey’s assault.

“The Syrian government responded to the invitation, answered the call of duty and sent military units today, February 20, to take up positions on the borders, and participate in defending the territorial unity of Syria and its borders,” the statement said.

This is the first time that Syrian government forces are deployed in the area since 2012 when the YPG held the area under its control.

Meanwhile, Turkish media say Turkey’s army and its allied Syrian opposition militants are advancing in Afrin and they have reportedly taken over a key road linking the Turkish-held town of Azaz to the city of Afrin. Turkish forces are in control of nine more villages in the region.

Earlier on Tuesday, Turkish President Recep Tayyip Erdogan said the country is set to “lay siege” to Afrin, noting that the siege will prevent YPG militants from “bargaining” with the Syrian government.

Ankara has said it would confront Syrian government forces if they came to the region.

Turkey has been waging “Operation Olive Branch” against Syria’s Afrin region since January 20 in a bid to eliminate the YPG, which forms the backbone of the US-back Syrian Democratic Forces (SDF). The Turkish government views the YPG as a terror organization and the Syrian branch of the outlawed Kurdistan Workers’ Party (PKK). The latter has been fighting for an autonomous region inside Turkey since 1984.

Syrian President Bashar al-Assad has harshly denounced the Turkish incursion as an act of aggression.

Ankara has threatened to expand the operation to the nearby city of Manbij, which is also controlled by the Kurdish militants, and beyond to the Iraqi border.

Over 200 killed in Kurds-Daesh clashes on Turkey-Syria border 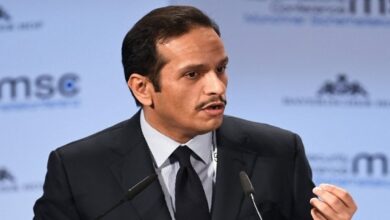 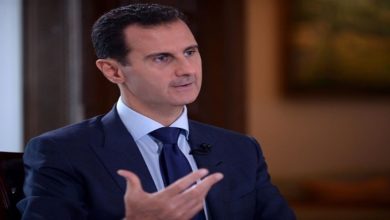