Addressing parliament on Tuesday, Canikli denied reports of civilian deaths in the offensive, saying, “No civilian has been harmed in Operation Olive Branch of Turkish Armed Forces and the FSA.”

He added that a total of 649 YPG militants had been killed since the beginning of the operation on January 20.

“Turkish Air Forces destroyed 458 targets, which were being used as shelters and ammunition depots. Within the ground operation, 4,370 targets were hit,” Canikli stated.

Meanwhile, the World Medical Association has called on the Ankara government to release senior members of the registered trade union for doctors in Turkey, who were detained on possible terror charges for condemning Afrin operation.

The France-based association on Tuesday urged Turkish officials to end their “campaign of intimidation” against critics of Operation Olive Branch, hours after prosecutors issued warrants against 11 members of the Turkish Medical Association.

The international body said it “fully supports our Turkish colleagues in their public statements that war is a public health problem.”

It further noted that it has a “clear policy that physicians and national medical associations should alert governments to the human consequence of warfare and armed conflicts.”

The Syrian government has already condemned the “brutal Turkish aggression” against Afrin, rejecting Ankara’s claim about having informed Damascus of the operation.

“Syria completely denies claims by the Turkish regime that it was informed of this military operation,” the source added.

Ankara views the YPG as the Syrian branch of the militant Kurdistan Workers’ Party (PKK) that has been fighting for an autonomous region inside Turkey since 1984.

Turkish President Recep Tayyip Erdogan has repeatedly said that Afrin should be cleared of “terrorists,” and demanded the deployment of Turkish troops there during a speech back in November 2016.

This is while US officials regard the YPG as the most effective fighting force against the Daesh Takfiri terrorist group in northern Syria, and have substantially increased their weaponry and technology support to the terrorist group.

The controversy over a possible Syria border force first started on January 14 when a report emerged on Reuters saying that the military coalition led by the United States in Syria was planning to set up a large border force of up to 30,000 personnel with the aid of its militia allies. 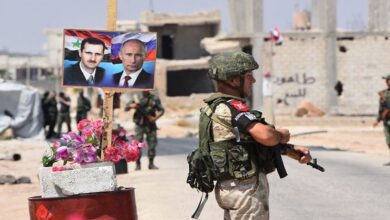 US continues to support terrorists in Syria, Russia says 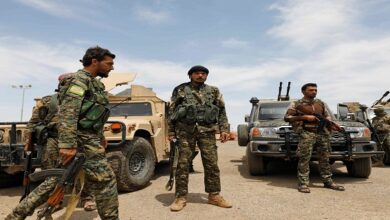 Many of the most savage terrorists in Syria coming from Europe: Assad