Turkish President Recep Tayyip Erdogan says his country’s military forces will continue to fight terrorism on the southern borders with Syria, threatening to attack the Kurdish town of Afrin in the northwestern Syrian province of Aleppo “in the days ahead” to clear it of “terrorists.”

“God willing, we will continue our operations, which we started first with Euphrates Shield Operation, to clean our southern borders of terror in Afrin within the next coming days,” Erdogan said at the provincial congress of the ruling Justice and Development Party (AK Party) in the central province of Tokat on Sunday.

He added, “We urge the international community to support Turkey’s legitimate efforts. The slightest disturbance on the border would be the signal for us to take a step.”

Erdogan also said that Turkey does not differentiate between terrorists, and treats all terrorist groups equally no matter where they are located.

The Turkish president further hoped that Ankara’s Western allies, particularly the United States, would not make “mistakes” and “take sides with” Kurdish militants during Afrin offensive.

“I hope that during an Afrin operation, these powers will not make the mistake of appearing to be on the same side as a terror organization,” Erdogan said.

He added Turkey would “resolutely” continue to fight against terrorism, both at home and abroad.

Ankara views the YPG as the Syrian branch of the militant Kurdistan Workers’ Party (PKK) that has been fighting for an autonomous region inside Turkey since 1984.

Erdogan has repeatedly said that Afrin should be cleared of “terrorists,” and demanded the deployment of Turkish troops there during a speech back in November 2016.

This is while US officials consider the YPG as the most effective fighting force against Daesh Takfiri terrorist group in northern Syria, and have substantially increased their weaponry and technology support to the militant group.

Local sources, speaking on condition of anonymity, recently told Turkey’s official Anadolu news agency that YPG militants in northern Syria have geared up to establish a regular army called the Army of the North with Pentagon’s assistance.

The sources said the US military has already completed the training of 400 YPG members, following an announcement from the US Central Command (CENTCOM) Commander General Joseph Votel on December 22, 2017, about forming border guard regiments. 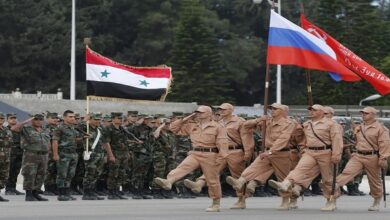 Russia to negotiate with Syria on more military bases 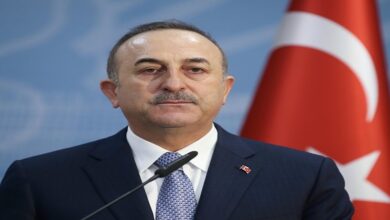