ISIL’s Chief Abu Bakr al-Baghdadi is still alive and is in the custody of US forces at a base in Hasaka province, a Turkish media outlet claimed on Sunday.

A Syrian source told the Turkish-language Yeni Şafak daily that al-Baghdadi was captured ın Iraq by the US and was then brought to Syria’s al-Karamah region.

The source, who was previously a militant part of Jund al-Aqsa, told the daily that al-Baghdadi was first taken to the US base in Ra’as al-Ein and then to a US base in al-Hasaka-Rmeilan.

The source added that apart from Baghdadi, seven other top ISIL officials were a part of the group (captured by the US) and that one of them was an Iraqi national and the others were from outside of Syria and Iraq.

General Rasoul said that the Iraqi intelligence has found evidence proving that Abu Bakr al-Baghdadi is in a sleeper cell of the ISIL terrorists at Iraq-Syria border.

He further said that sleeper cells of the ISIL were present in desert regions at Iraq-Syria borders, adding that based on intelligence al-Baghdadi was moving from a cell to another in the region.

General Rasoul added that al-Baghdadi was hidden in a region between the Iraqi border town of al-Qa’em in Anbar and the Syrian town of Albu Kamal near the Euphrates River.

Also, one of the commanders of the Iraqi popular forces of Hashd al-Shaabi said in late November that Leader of the ISIL terrorist group is in the US forces’ custody in an unknown venue.

The Arabic-language al-Sumeriyeh news quoted Jabar al-Ma’amouri as saying that ISIL Chief was in the US military forces’ custody, adding that the US forces would never kill al-Baghdadi unless in a Hollywood-like scenario.

He stressed that people around the world rest assured that the US played a crucial role in the creation of the terrorist groups in last decades, and unfortunately some of the Arab nations embarked on providing financial support for such terrorist groups.

Abu Bakr al-Baghdadi (Ibrahim Awad Ibrahim al-Badri), also known as Abu Dua, was born in 1971 in the city of Samarra in Iraq.

According to media reports, al-Baghdadi was brought up in a religious family. His relatives were famous preachers and specialists of the Arabic language, rhetoric and logic. He received a PhD in Islamic law from the University of Baghdad.

Al-Baghdadi was proclaimed the caliph of ISIL, a “caliphate” created on the territories ISIL managed to seize in Syria and Iraq in late June 2014.

Contradictory reports have surfaced the media on the fate of Al-Baghdad in recent years, while some claim that he has been killed in attacks in Iraq or Syria, others say that he is still alive and on the move.

Reports of al-Baghdadi’s death repeatedly appear in the world media. His death was reported in November 2014, April 2015, June, October and December 2016 and January 2017.

Arab media outlet reported early November that al-Baghdadi is still alive, adding that the terrorist group’s ring leader has been sighted by eyewitnesses in one of the battlefields in Southeastern Deir Ezzur.

The Arabic-language Elam al-Harbi reported that al-Baghdadi was sighted alive in one of the battlefields near the newly-freed town of Albu Kamal at the border with Iraq. 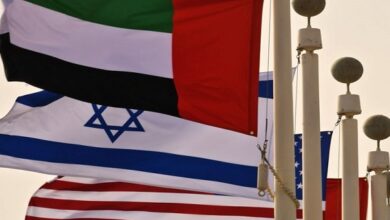 Assad will not hand over power in Geneva talks