Turkey has protested a move by a Saudi Arabian-led bloc that has targeted Qatar with a diplomatic and economic war to add a high-profile Doha-based Islamic organization to a “terror blacklist.”

Saudi Arabia, the United Arab Emirates, Bahrain, and Egypt, which turned on Doha back in June, announced the blacklisting of the Doha-headquartered International Union of Muslim Scholars, which is headed by prominent Egyptian scholar Yusuf al-Qaradawi, in a statement on Thursday.

They also blacklisted the Cairo-based International Islamic Council for Da’wah and Relief, which seeks to promote Islamic teachings.

The NGOs, the statement said, were “working to promote terrorism through the exploitation of Islamic discourse and its use as a cover to facilitate various terrorist activities.”

“As the term chairman of the Organization of Islamic Cooperation, we consider this decision as a serious mistake, which will serve an anti-Islamic environment,” it said.

The ministry asked the bloc to reconsider its decision and “give necessary respect” to the International Union of Muslim Scholars.The Saudi-led quartet of countries targeting Qatar have accused it of “sponsoring terror.”

Doha rejects that allegation and points to Saudi Arabia’s political agenda as the real reason behind the dispute.

Two Birds with One Stone: US ‘Sacrifices’ Its Kurdish Allies in Syria 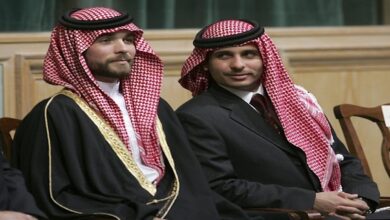