More than a dozen civilians have been killed after the US-led coalition purportedly fighting the Daesh Takfiri terrorist group carried out a series of aerial assaults in Syria’s militant-held northern city of Raqqah.

The Arabic-language Syria Now news website reported that 15 people were killed on Wednesday, when US-led warplanes targeted a residential building in the al-Kahroba neighborhood of the city, located about 455 kilometers (283 miles) northeast of the capital Damascus.

The development came only a day after 21 civilians lost their lives and 14 others sustained injuries in US-led aerial attacks against al-Tausiyah neighborhood of Raqqah.

The city of Raqqah, which lies on the northern bank of the Euphrates River, was overrun by Daesh terrorists in March 2013, and was proclaimed the center for most of the Takfiris’ administrative and control tasks the following year.

It is estimated that some 300,000 civilians are trapped inside Raqqah, including 80,000 displaced from other parts of Syria. Thousands have fled in recent months, and the United Nations Office for the Coordination of Humanitarian Affairs believes about 160,000 people remain in the city.

On June 6, the US-backed militiamen from the so-called Syrian Democratic Forces (SDF) said they had launched an operation aimed at pushing Daesh out of Raqqah.

The so-called Syrian Observatory for Human Rights reported on September 23 that more than 2,800 civilians had been killed in US-led airstrikes across Syria over the past three years.

The Britain-based monitoring group reported that 427 people, including 137 minors and 113 women, were killed in the aerial attacks between May 23 and June 23 this year.

The US-led air raids also resulted in the injury of hundreds of civilians, some of whom suffered permanent disabilities and had to have their limbs amputated. 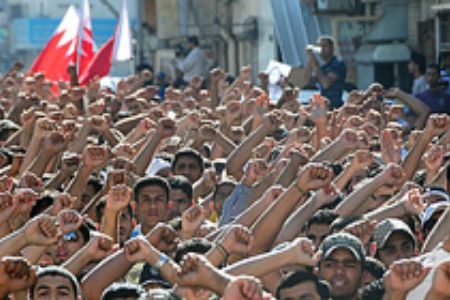