Syrian President Bashar al-Assad has marked the 72nd anniversary of the Syrian Arab Army’s foundation by expressing his gratitude for its relentless fight against foreign-backed terrorist groups.

Speaking to the Syrian soldiers in a message published by the “Jaish al-Sha’ab” (People’s Army) magazine, the Syrian commander-in-chief said Tuesday that his country had been able to get past years of Takfiri terrorism “thanks to your heroic actions and sacrifices.”

“I encourage you to continue along the path followed by the courageous men of this distinguished army which, for many long years, has set an example to follow in making sacrifices to preserve the dignity, freedom, and independence of the homeland,” Assad said.
The president described Takfiri terror groups like Daesh as “an enemy the likes of which have never been seen throughout history in terms of treachery, malevolence, and hatred.”

Daesh is “backed by several regional and international parties… seeking for years to impose their dominance over the whole area through the gate of Syria,” he added.

Since March 2011, Syrian government soldiers, backed by volunteer fighters from popular defense groups, have been engaged in an all-out war with militant groups wreaking havoc in the conflict-ridden parts of the Arab country.

Founded in 1945, the force’s 72nd anniversary coincides with major victories for the Syrian nation in the deadly conflict, with a reported death toll of over 400,000 people.

Also paying tribute to the army on the occasion were the Syrian Youth Association and the Revolutionary Youth Union, who organized a ceremony in the Umayyad Square, in the center of the capital Damascus, Syria’s official news agency SANA reported.

The ceremony drew scores of Syrians to watch a military parade at the symbolic venue.

Meanwhile, Syrian Defense Minister General Fahd Jassem al-Freij affirmed that the army had succeeded in curbing terror with the help of its allies.

“Our war against terrorism will continue, and the armed forces are called for today to give more and boost their determination to eradicate terrorism from every inch of our beloved land and to restore security and stability to the homeland,” he said during a phone interview with state TV. 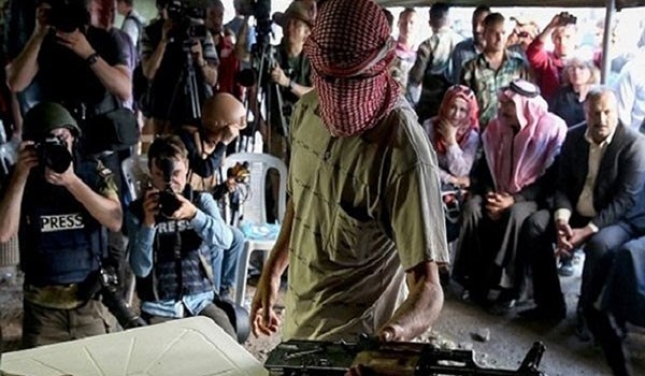 Over 700 Terrorists Surrender Laying Down Arms in Sweida, Homs