Israel’s military says the Tel Aviv regime plans to build a new field hospital in Syria to treat what it generally named patients amid international concerns over the regime’s support for the Takfiri militants fighting in the Arab country.

Lieutenant Colonel Tomer Koler told reporters in a phone conference on Wednesday that the hospital would be located on the Syrian side of the fence but on the Israeli side of the demarcation line in the Golan Heights, which is Syrian territory occupied by Israel. The fence built by Israel does not always comply with the line precisely.

Koler expressed hope that the hospital would be operational in the next month.

He noted that Israel had delivered what he called “humanitarian aid” into Syria, including hundreds of tons of food and clothing, as well as fuel and equipment such as generators.

Israel reportedly had a field hospital in the area but shut it last year.

Syria has been gripped by foreign-backed militancy since March 2011. The Syrian government says Tel Aviv and its Western and regional allies are aiding Takfiri militant groups, wreaking havoc in the country.

There have been reports that Israel offers medical treatment to terrorists, wounded while operating in Syria, in hospitals set up on the Golan Heights. Back on April 9, Israeli Prime Minister Benjamin Netanyahu said Tel Aviv would continue treating wounded militants from Syria as part of what he claimed to be a “humanitarian effort.”

Last month, United Nations Secretary General Antonio Guterres expressed concerns about a spike in contacts between Israeli armed forces and Syria militants in recent months, saying it could lead to escalation and cause harm to UN observers deployed to the Golan Heights.

Moreover, the Wall Street Journal recently reported that Israel has been providing Takfiri terrorists in Syria’s Golan Heights with a steady flow of funds and medical supplies.

In September last year, the Israeli daily Ha’aretz quoted Israeli parliament member Akram Hasoon as saying that Israel was directly aiding the Takfiri terrorist group Jabhat Fateh al-Sham, formerly known as al-Nusra Front, another terrorist group operating in Syria. He revealed that an earlier attack by the Nusra group on the Druze Village of Khadr had the support of the Israeli minister for military affairs, Avigdor Lieberman. 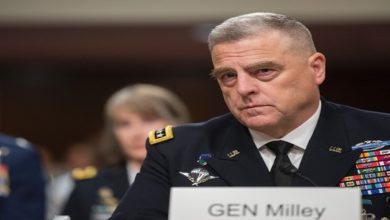