In a Thursday phone conversation with his Iranian counterpart, Hassan Rouhani, Assad offered condolences heartfelt condolences to the Iranian nation over the deaths of 17 citizens in two Daesh terror attacks.

On Wednesday, Iran’s Parliament and the mausoleum of the late founder of the Islamic Republic Imam Khomeini came under attack by Daesh-affiliated armed men.

The assaults, the first claimed by Daesh on Iranian soil, killed at least 17 people and injured some 50 more people. The Iranian Intelligence Ministry has identified the five assailants involved in the two incidents.

Assad further said Syria will stand by Iran in the battle against terror, adding that the “resort by terrorists and their masters to such cowardly measures shows their failure in dealing a blow to Iran and its people.”

The masters of terrorists are using their mercenaries to make their desired political changes, said the Syrian president, emphasizing, however, that “Iran and Syria will eventually emerge victorious in the fight against savage terrorism.”
Rouhani, in turn, said what happened in Tehran on Wednesday cannot shake Iran’s resolve to fight terrorism.

He said the Islamic Republic will keep up its support for Syria until the full restoration of calm and security to the Arab country. 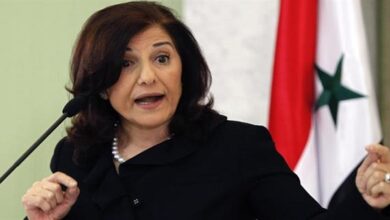