Syrian President Bashar al-Assad has hailed continued victories by the army forces and allies against militants across the country, saying his government has weathered the worst part of the conflict and is now moving in the right direction.

The Syrian presidency released on Saturday an interview by Assad in Damascus to the India-based WION television station, in which Assad expressed satisfaction with the pace the pro-government forces were recapturing territories from militants across the Arab country.

“Unless the West and other countries and their allies, their puppets, support those extremists in… a very massive way, I’m sure the worst is behind us,” Assad stated.
“Things now are moving in the right direction, which is a better direction, because we are defeating the terrorists.” 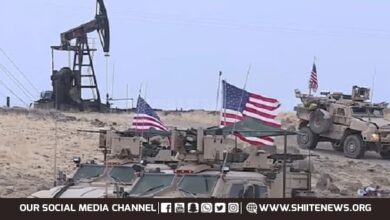