A Syrian parliamentarian censured neighboring Turkey for its continued interference in the Arab country’s internal affairs, saying Ankara is still providing terrorist groups in Syria with financial and military support.

“Turkey has kept its borders open so that more mercenaries enter Syria and provide them with money and arms,” Boutros Merjaneh said in an interview with the Tasnim News Agency.

He further highlighted the sixth anniversary of the start of the Syrian crisis, saying that numerous countries interfered in the war in Syria at various levels and by different means, including the media.

The Syrian lawmaker went on to say that although they may have been successful at the media level at the beginning, the truth has been revealed and their psychological and media warfare no longer serves them.

Earlier this month, Syria called on the United Nations to force Turkey to pull “its invasion forces” out of Syria.

The Syrian government blames Turkey for “killing tens of thousands of its innocent sons and destroying Syrian infrastructure”. 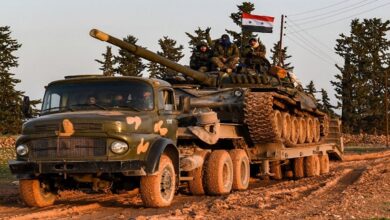 US in Syria to plunder country’s economic assets: Russia

Syria to deploy troops to Afrin under deal with Kurdish militants: Reports