Russia has announced that it has extended a humanitarian ceasefire, which was due to expire on Friday in Syria’s embattled city of Aleppo, for another day.

“The humanitarian pause in Aleppo will be extended for another day, starting from 8.00 a.m. (0500 GMT) until 7.00 p.m. (1600 GMT) on October 22,” Chief of the Main Operational Directorate of the General Staff of the Russian Armed Forces Lieutenant General Sergei Rudskoi said at a press briefing in Moscow on Friday night.

The initial 11-hour humanitarian ceasefire, which came into effect on Thursday, was held in an attempt to allow civilians and foreign-sponsored militants to leave the eastern areas of the city. Russia had extended the pause by 24 hours on Thursday.

Rudskoi further said that the decision was reached in response to a request made by the United Nations and other international organizations, despite the fact that the “so-called opposition groups and their curators” were interrupting normalization of the humanitarian situation in the contested city by blocking the exit corridors.

“The terrorists are doing everything to prevent the civilians” from leaving the eastern areas of Aleppo, he said, adding, “Our requests to the Americans — to make a positive influence on the fighters of the so-called opposition and make them stop the fire, to let the civilians leave, and to leave themselves — remain unanswered.”

Elsewhere in his remarks, Rudskoi said that terrorists were exploiting the humanitarian truce to prepare for a major assault in the eastern parts of the city, adding that during the past 24 hours alone, over 200 militants had come to several quarters of the city, including Mansur and al-Kursi.

A total of 1,200 militants, among them 30 bombers, are ready to participate in an attack from the militant-held part of the city, he said, adding that the terrorists are equipped with “tanks, armored vehicles and more than 20 trucks with machine-guns.”

Aleppo, Syria’s second largest city, has been divided between government forces in the west and the militants in the east since 2012. In an attempt to free the trapped people of the city, the Syrian army, backed by Russian fighter jets, began a major offensive on September 22 to end the militants’ reign of terror in the east.

Both Russian and Syrian Air Force fighter jets stopped their bombing of the militant-held neighborhoods in Aleppo on Tuesday – two days ahead of the truce.

The UN said it had received the green light from Russia and the Syrian government to begin evacuating the injured and delivering food aid to the militant-held areas.

UN Secretary General Ban Ki-moon welcomed the humanitarian pause in Aleppo and expressed hope that the world body could carry out the first medical evacuations from Aleppo if the truce announced by Moscow and Damascus held in the flashpoint city.

Syrian Ambassador to the UN Bashar al-Ja’afari also told the UN General Assembly that Damascus was ready to continue cooperation with the UN to ensure the delivery of humanitarian aid to Syrians.

Earlier, Damascus had announced that it had opened eight corridors for more than 250,000 civilians to exit the city. 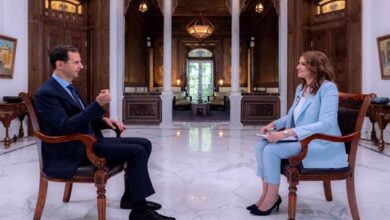 Syria will stand firm against any Turkish onslaught on its territory: Assad