Fighters from the Manbij Military Council on Wednesday said they had found a prison used by the Islamic State (ISIS / Daesh / ISIL / IS) terrorist group militants to imprison and torture women, according to news agency Arab24.

The fighters told Arab24 that the prison was divided into 10 small rooms that were used by ISIS to imprison women who defied their orders.
The Manbij Military Council is part of the US-backed, Kurdish-led Syrian Democratic Forces (SDF).

Fighters told Arab24 they found various tools as well as several pills such as sexual stimulants, contraceptives and narcotics that were allegedly used by ISIS militants to torture the women.

The capture of Manbij is the biggest defeat for ISIS in Syria since July 2015, when they lost the town of Tal Abyad on the border with Turkey.

Manbij is important because it lies on a key supply route between the Turkish border and the city of Raqqa, the de facto capital of the Islamic State (ISIS / Daesh / ISIL / IS) terrorist group’s self-styled caliphate. 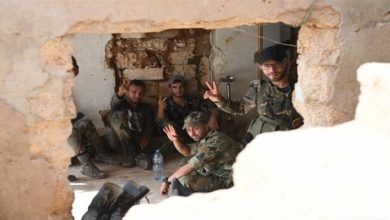