The ministry said in a statement on Wednesday that Adnani was one of “up to 40” militants killed on Tuesday in a bombing raid carried out by a Russian Su-34 warplane in the northern Syrian province of Aleppo.

“According to information confirmed through several intelligence channels, field commander Abu Muhammad al-Adnani was among those killed,” the statement said.

On Tuesday, Amaq, a news outlet affiliated with the Daesh Takfiri terrorist group, announced the death of Adnani, saying he was killed “while surveying operations to repel the military campaigns against Aleppo” in northern Syria.

Washington had said earlier that Adnani was targeted by a US-led coalition airstrike in Aleppo province on Tuesday but did not immediately confirm his death.

Pentagon Press Secretary Peter Cook said on Tuesday that the US was “still assessing the results of the strike.”

Adnani, one of the Takfiri group’s founding members, was propaganda chief, top recruiter and the reported mastermind of a series of Daesh-claimed attacks in the West.

His death could be a major blow to Daesh, which has been suffering a series of setbacks recently as the Syrian forces continue to make gains and retake several areas from the terrorist group. 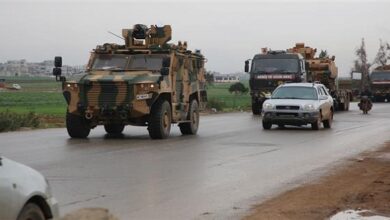 US forces brings 27 trucks with military, logistic reinforcements to Hasaka