A top figure from the al-Qaeda-linked Ahrar al-Sham terrorist group has been allowed to pay a visit to the US on a European passport, despite the group’s deadly military campaign in Syria, a report says.

Labib al-Nahhas, who calls himself “a chief of foreign political relations at Ahrar al-Sham,” had no trouble entering Washington back in December 2015, the US-based McClatchy DC news network said.

According to the report, he stayed in the US for a few days to speak with “third parties.”

The report, citing four unnamed individuals with direct knowledge of the trip, revealed that Nahhas had been in Washington to meet with lobbyists and Middle East researchers.

“They could make, quickly, the decision that he’s persona non grata in the United States and yet they haven’t,” he said.

US authorities, however, declined to comment on whether they knew about the trip, or whether the State Department had facilitated his entry.

State Department spokesman John Kirby did confirm, however, that the US was in contact with a number of what he called Syrian opposition groups, including Ahrar al-Sham.

“We don’t discuss visa records. In general, US officials have engaged with a range of Syrian opposition groups, including Ahrar al-Sham. However, we are not going to get into the details of any such discussions,” Kirby said.

The US has refused to tag Ahrar al-Sham a terrorist group despite the fact that it has conducted various terrorist acts in Syria.

On May 11, a Russian proposal to the UN to put Ahrar al-Sham on a terror blacklist was blocked by Washington, a decision that was shared by the UK, France and Ukraine.

Ahrar al-Sham is one of the largest terrorist groups operating in Syria since 2011 and is mostly active in the country’s northwest.

In mid-May, the group admitted its involvement in a brutal raid at a Syrian village, alongside terrorists from al-Qaeda’s Syrian affiliate, al-Nusra Front, with which it is allied.

Among other attacks, it also launched rounds of mortar raids on the city of al-Sqeilbiyeh and al-Jaberiyeh Village in Syria’s Hama Province back in April.

Syria has been gripped by foreign-backed militancy since March 2011. Damascus says Saudi Arabia, Turkey and Qatar are the main supporters of the militants fighting government forces.

United Nations Special Envoy for Syria Staffan de Mistura estimates that over 400,000 people have been killed in the Syrian crisis.

Resistance Retrieves Bodies of Its Martyrs in Aleppo Southern Countryside

U.S. Firm allowed by Zionist Occupiers to Drill for Oil in Syrian Golan 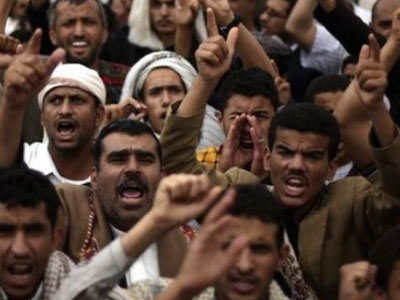