More than a dozen people have been killed and scores of others injured in rocket attacks by foreign-backed Takfiri militants on residential areas in the Syrian city of Dara’a.

Head of Health Directorate in Dara’a Abdul Wadood al-Homsi said most of the wounded were women and children, and that one of them was in a very critical condition.

Separately, three civilians were injured in a rocket attack by Jaysh al-Islam militants on Harasta, a suburban city northeast of Damascus.

Ten other people were injured when projectiles struck a number of neighborhoods in the northwestern city of Aleppo, some 355 kilometers (220 miles) north of Damascus. 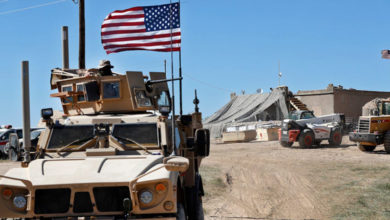 US troops continue to stay in Syria: President Trump