Syrian troops have killed at least 63 Takfiri terrorists during clashes in Jisr al-Shughour city in the northern Idlib Province.

Acceding to Syria’s state SANA news agency citing army sources, Syrian government forces also injured a number of militants affiliated with the al-Nusra Front terror group and destroyed their military hardware and ammunition in al-Awar and Himka hills in the southeast outskirts of the city.

The report added that army units backed by Syrian air force fighter jets also launched several operations against the notorious ISIL terror elements across the war-ravaged country, pounding their hideouts and killing an undetermined number of the armed militants.

The report also pointed out that government troops staged operations against foreign-sponsored Takfiri militants in cities of Aleppo, Dara’a, Quneitra, and the outskirts of the capital, Damascus, destroying their military hardware and foiling their infiltration attempts.

The development came as Syrian troops are also closing in on the ancient city of Palmyra in an effort to recapture the area and flush out the ISIL terrorists who overran the historic city nearly two months ago.

On May 21, ISIL terrorists overran Palmyra, which is on the list of the United Nations Educational, Scientific and Cultural Organization’s World Heritage sites and is situated about 215 kilometers northeast of the Syrian capital, Damascus.

The violence in the key Arab country has been fueled by foreign-sponsored Takfiri terrorist groups and has so far led to an estimated 230,000 casualties over the past four years while displacing nearly four million others. 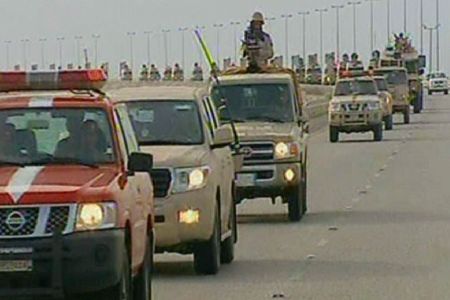 Assadâ€™s Speech and the Backstage Plan