US occupation forces and their allied Takfiri militants have used dozens of tanker trucks to smuggle crude oil from Syria’s northeastern province of Hasakah to bases in neighboring Iraq as part of their ferocious attempts to further plunder natural resources in war-torn Syria.

Syria’s official news agency SANA, citing local sources in al-Ya’rubiyah town, reported that a convoy of 53 tankers, laden with stolen oil from the energy-rich Jazira region, rumbled through the illegal Mahmoudiya border crossing on Saturday, and headed towards Iraqi territories.

SANA noted that the convoy was escorted by US-sponsored and Kurdish-led militants affiliated with the Syrian Democratic Forces (SDF).

On Friday, Syria’s Minister of Petroleum and Mineral Resources Bassam Tou’ma held US military occupation of oil-rich northern Syria, Washington’s continued looting of natural reserves in the Arab country as well as cruel unilateral sanctions responsible for the immense suffering that the Syrian nation is enduring.

Tou’ma pointed to the challenges that Syrians are facing in the energy field, stating that the foreign-sponsored conflict has resulted in a steep decline in the production of oil, gas, and electricity.

He urged Indian companies to participate in Syria’s development projects, whether in oil and gas exploration or investment in renewable energies.

The US military has for long stationed its forces and equipment in northeastern Syria, with the Pentagon claiming that the deployment is aimed at preventing the oilfields in the area from falling into the hands of Daesh terrorists.

Damascus, however, maintains the deployment is meant to plunder the country’s natural resources. Former US president Donald Trump admitted on several occasions that American forces were in the Arab country for its oil wealth.

In December 2022, a Chinese foreign ministry spokesperson lambasted the US military’s deployment of troops in Syria and its smuggling of oil and grain as illegal.

The Chinese diplomat cited official data from the Syrian government that between 2011 and the first half of 2022, the US smuggling activities have cost Syria more than 100 billion dollars of losses. 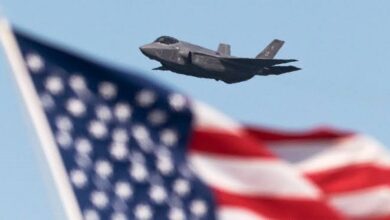 Syrian Army on Threshold of Great Victory over Aleppo’s Liberation