The Syrian President Bashar al-Assad confirmed on Tuesday to the Iraqi Prime Minister Ibrahim al-Jaafary “Victories achieved by the Iraqi and Syrian Peoples in confronting terrorism participated in stopping the extension of terrorism in the region.”

The Iraqi Prime Minister Ibrahim al-Jaafary said during his meeting with the Syrian President Al-Assad “Syria has always supported the Iraqi people in distress, so the Iraqi People adheres to stand by the Syrian People and support its solidarity.”

“We are confident that Syria will emerge from its crisis more powerful and stronger than before,” Jaafary added, noting “The strategic relations between both countries will continue to develop in different fields.”

For his part, the Syrian President al-Assad assured according to the Syrian News Agency (SANA) “The victories achieved by the Iraqi and Syrian Peoples and armed forces helped to stop extension of the terrorism in the region and coordination between both countries will certainly consolidate these victories.”

Al-Assad emphasized “The necessity to bring out a real international will to stand against terrorism and countries supporting terrorist gangs.” 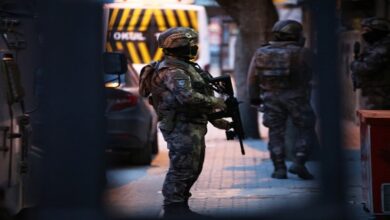