The Turkish military has conducted a series of airstrikes across the Syrian provinces of Aleppo and Hasakah, targeting several towns and villages throughout those provinces.

The Turkish Defense Ministry said early on Sunday that it had carried out airstrikes on the outlawed Kurdish militant bases in northern Syria, which it said were used to carry out attacks on Turkey.

“In line with our self-defense rights arising from Article 51 of the United Nations Charter, the Pence Kilic air operation was carried out in the regions in the north of Iraq and Syria, which are used as bases for attacks on our country by terrorists,” the ministry said in a statement.

According to the ministry, the strikes targeted bases of the outlawed Kurdistan Workers Party (PKK) and the Syrian Kurdish YPG militants, which Turkey
considers as a wing of the PKK.

Turkey had already said on Tuesday that it planned to pursue targets in northern Syria after it completed a cross-border operation against the PKK militants in Iraq, following a deadly bomb attack in Istanbul last weekend.

Turkey blames Kurdish militants for the blast on Istanbul’s Istiklal Avenue on Nov. 13, which killed six people and injured more than 80. No group has claimed responsibility for the blast and both the PKK and the Kurdish-led so-called Syrian Democratic Forces (SDF) have denied involvement in it.

“The hour of reckoning has come,” the Turkish Defense Ministry tweeted early Sunday, along with a photo of a plane taking off for a night operation, without specifying the location.

“The treacherous attacks of the scoundrels are being held to account,” the ministry said, adding, “Terrorist hotbeds razed by precision strikes.”

The ministry added that a similar operation has been carried out in certain areas in northern Iraq as well, but did not provide further details.

Meanwhile, the so-called Syrian Observatory for Human Rights, which is close to Syrian opposition, claimed that the airstrikes in northern Syria have left six SDF militants and six Syrian soldiers dead.

Turkey has conducted three incursions so far into northern Syria against the YPG militants. President Tayyip Erdogan had previously said his country could conduct another operation against the YPG. 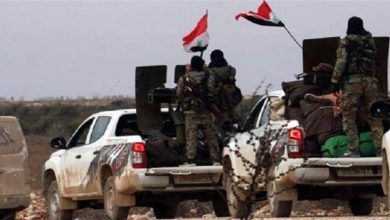 Syria: US dismayed at Aleppo liberation due to terrorist plot failure

US alliance with Syria Kurds strengthens other terror groups: Turkey 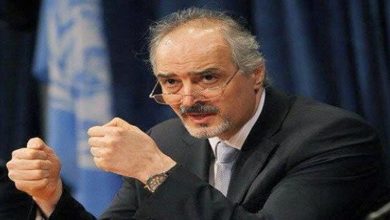