Syria has denounced as “brutal aggression” Turkey’s plans to establish a so-called safe zone in the occupied northern part of the war-ravaged country, saying they are part of Ankara’s efforts to change the demographic population in the area.

In a statement on Monday, Syrian People’s Assembly said Turkey’s efforts to occupy more Syrian territories threaten regional and international peace and security, stressing that Damascus has the full right to use all means to counter the illegitimate presence of the Turkish troops along with their “affiliated terrorist mercenaries.”

The legislature further emphasized “the sovereignty of the Syrian state, the independence of its decision, the unity and safety of its territories and people, and the right to use all legitimate political and military means to defend its sovereignty and people to counter the American, Turkish and Israeli occupations and their affiliated terrorist organizations.”

It also condemned Ankara’s reluctance to fulfill its obligations under the Astana and Sochi agreements, while denouncing in the “strongest terms” the bombing of villages in northern Syria by the Turkish military.

On May 23, Turkish President Recep Tayyip Erdogan said Ankara aims to resume its efforts to create a 30-kilometer “safe zone” along its border with Syria.

The Turkish president did not provide further details, but said the operation would begin after Turkey’s military, intelligence and security forces completed their preparations.

He has also urged NATO member states to support his country’s efforts to establish a safe zone on the border with Syria.

Syria denounced Turkey’s call for the establishment of a so-called safe zone in northern Syria as “a shameful act of aggression” and part of Erdogan administration’s policy of ethnic cleansing in occupied Syrian territories.

Turkey has deployed forces in Syria in violation of the Arab country’s territorial integrity.

Ankara-backed militants were deployed to northeastern Syria in October 2019 after Turkish military forces launched a long-threatened cross-border invasion in a declared attempt to push militants of the Kurdish People’s Protection Units (YPG) away from border areas.

The Kurdish-led administration in northeastern Syria says the Turkish offensive has killed hundreds of civilians, including dozens of children since it started.

Turkey has played a major role in supporting terrorists in Syria ever since a major foreign-backed insurgency overtook the country more than ten years ago.

Syrian President Bashar al-Assad and other senior officials have said the Damascus government will respond through all legitimate means available to the ongoing ground offensive by Turkish forces and allied Takfiri militants in the northern part of the war-battered Arab country. 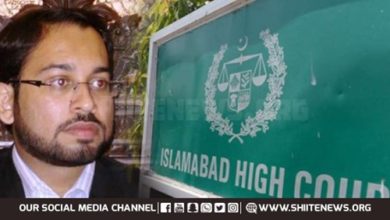 One of two Russian pilots picked up by Syrian army: Russian envoy to France 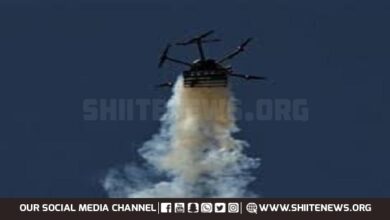 Car Explosion Near Holy Shrine of Syeda Zainab in Damascus