Bennett’s Abu Dhabi visit had not previously been announced.

The statement quoted Bennett as saying that he aimed to “build an additional level” in ties between the UAE and the Zionist entity.

Bennett paid a visit to the UAE last December for the first visit of an Israeli PM to the Gulf state since the US-brokered normalization deal was signed between the two sides in September 2020.

US using chemical weapons as pretext for intervention in Syria: Bashar al-Assad

At least 15 injured in terrorist shelling in Syrian capital Damascus

Militants surrender another area near Damascus to government: State media 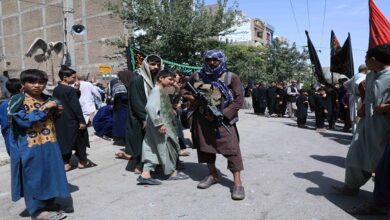