It’s what occupation looks like. US troops wander around an independent country without any legal justification, invitation or UN mandate. The US officially intervened in Syria in 2014, under the pretext of fighting Daesh — something Syria dismisses as lies. The Military Prosecution in Syria held a press conference asserting it has collected evidence of US-Daesh cooperation in Syria. 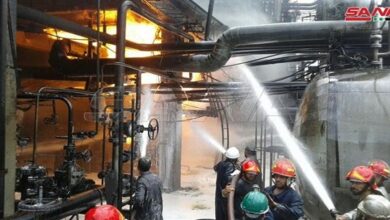 Fire Breaks out at Distillation Unit in Syria’s Homs Refinery