A fire at a gas liquefaction unit in Kuwait’s largest refinery Friday left 10 people injured before it was put out, world media have quoted the plant’s operator as saying.

It said 10 people were injured, five of them hospitalised with severe burns. Firefighters were mobilised and had extinguished the blaze.

KNPC said Kuwait’s refining operations and exports were unaffected, as the unit affected had already been out of service. 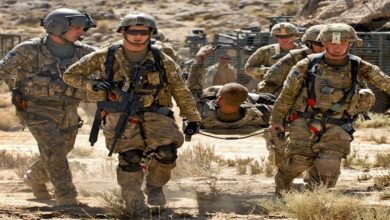 US troops injured in E Syria after rocket attack: report