ISIS terrorist militants have publicly beheaded a man for allegedly practicing witchcraft – the latest in a long line of barbaric executions carried out by the terror group.

The unknown man was photographed being killed by a masked executioner in a village just outside Raqqa while a large crowd looked on.

Elderly man is seen being brutally executed for ‘practicing witchcraft’.Militants took him to area outside city of Raqqa to carry out beheading.
The beheading of the man, who has a long grey beard, bald head and appears to be in his 60s, took place in a rural area named Aldbsa, to the west the city of Raqqa.

Photographs of the execution and the crowds who watched it were released by ISIS-affiliated media, and were reported by Raqqa is Being Slaughtered Silently – an anti-ISIS activist group based in the city who document the terror group’s barbarism in its de facto capital.

ISIL takfiri terrorist teaching children how to do decapitations: Report 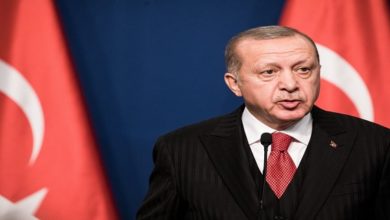 Tayyip Erdogan Warns Operation in Idlib “A Matter of Time”