Pentagon claims that a US airstrike in Syria killed a senior leader of al Qaeda Friday, according to U.S. Central Command.

In a statement, the US military claimed it has killed senior al-Qaeda leader Abdul Hamid al-Matar in a drone strike in Syria.

The strike carried out by an MQ-9 aircraft took out Abdul Hamid al-Matar, according to a US Central Command spokesman Army Major John Rigsbee.

This is the second strike the Pentagon has taken against an al Qaeda leader in Syria since September.

The Pentagon carried out a strike on September 20 in Idlib, Syria against a senior al Qaeda leader, according to a US Central Command statement at the time.

The strike comes two days after a US outpost in southern Syria was attacked.

The Illegal US bases in Syria have been targeted several times in recent months, as the United States is a major sponsor of terrorists in Syria. 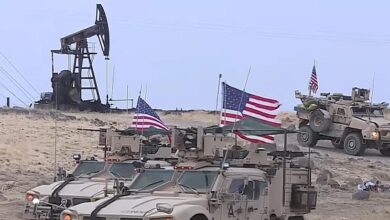