Pro-government anti-terror groups in Syria have vowed a “very harsh” response to a recent overnight aerial act of aggression by the Israeli regime against the central Syrian province of Homs that left a number of casualties, the second such strike in a week.

The Israeli airstrike targeted the Palmyra area in the eastern countryside of Homs late on Wednesday, with Syria’s official news agency SANA specifying the exact target as “a communications tower and some of its surrounding areas.”

The Syrian defense ministry said Israeli missiles flew over Jordanian airspace above US forces based in the Tanf area at the Syrian-Iraqi border, adding that one soldier was killed and three others were wounded as a result of the attack.

The Lebanese al-Mayadeen television channel, citing Lebanon’s Unews press agency, quoted the command of the Syria Allies Operations Room as saying in a statement on Thursday that the pro-Damascus counter-terrorism forces had decided to retaliate against Israel for its aggression on the city of Palmyra.

“The command of the operations room has taken the decision to respond to this attack in retaliation for the lives of the martyrs and the blood of the wounded, and the response will be very harsh,” the groups said in the statement, adding that the casualties would have been much higher had the forces not been well spread across the area.

“Our mission has long been under the state’s patronage to confront terrorists and the Takfiri scheme, atop of which is Daesh,” the command of Syria Allies Operations Room said.

The latest attack came just a few days after Syria’s air defenses thwarted an Israeli missile attack on a military air base, known as T-4, in Homs, shooting down most of the incoming projectiles.

The aerial assault had similarly been initiated from the direction of the al-Tanf area, with SANA reporting that the Israeli aggression wounded “six soldiers” and resulted in “some material losses.” 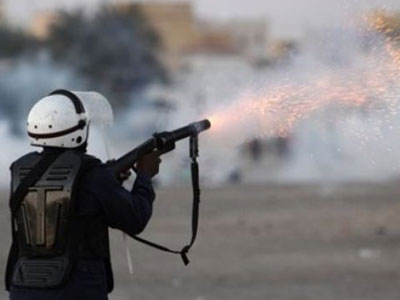