The Pantsir missile systems of the Syrian air defense forces destroyed 8 out of 12 missiles launched by Israel at the T-4 airfield in the Homs region on Friday, said Vadim Kulit.

“On October 8 at 21.33, trespassing into the airspace of the Syrian Arab Republic near Al-Tanf, six F-16 tactical fighter jets of the Israeli Air Force fired 12 guided missiles at the T-4 (Tifor) airfield in Homs province,” he said.

Early last month, the Syrian air defenses managed to destroy 21 out of 24 guided missiles fired by four Israeli Air Force F-15 tactical fighters at targets in Syria from Lebanese airspace, the Russian military in the Arab country reported at the time.

The Israeli regime often violates the Lebanese airspace to launch its attacks against neighboring Syria. 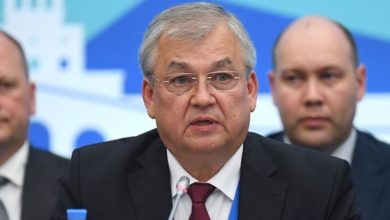