Syrian President Bashar al-Assad in a decree on Tuesday approved a new cabinet headed by Hussein Arnous, less than two weeks after the caretaker-premier was tasked with forming a new government.

The final announcement about the new 21-member cabinet came in a tweet by the Syrian Presidency, with no significant changes from the previous cabinet headed by his predecessor Imad Khamis.

The key portfolios of defense, foreign affairs, interior affairs, and finance remained unchanged from the previous government, while new faces were introduced in the ministries of information, social affairs, domestic trade and consumer protection.

The new information minister is Boutros Hallaq, who also holds the position of vice president at Damascus University, according to local media.

Amru Salem, named the new minister for domestic trade and consumer protection, previously held the portfolio of the minister of communications and an adviser to President Assad.

The cabinet reshuffle comes almost a month after Assad, who was voted back to power with a thumping majority in May, took the oath of office as the president for a fourth seven-year term.

The country’s constitution requires the cabinet to be dissolved with the end of the president’s term.

It is the second government cabinet to be headed by Arnous, a long-time Assad loyalist, who was appointed as the new premier, replacing Khamis, in June last year.

Arnous, 67, has held important government posts, including the governor of Dayr al-Zawr Province that borders Iraq and Quneitra Province in southern Syria. His last appointment was minister for water resources.

The new government faces an uphill task of resurrecting the fledgling economy, which has been hit hard by years of foreign-sponsored war, crippling economic sanctions and the financial crunch in neighboring Lebanon.

President Assad recently stated that the main barrier to investment in the war-ravaged country was money trapped in crisis-stricken Lebanese banks, valued between $40 and $60 billion.

Syria’s Foreign Minister Faisal al-Mekdad, addressing a ministerial conference of the Non-Aligned Movement last month, blasted the “catastrophic” impact of Western sanctions on the Arab country, saying the restrictive measures have hampered the government’s ability to meet the basic needs of the Syrian people.

He censured the US and the European Union for imposing sanctions and taking other illegal coercive measures against his country, stressing that Western sanctions amounted to “economic terrorism,” and have had a “catastrophic effect” on the day-to-day life of Syrians.

A majority of the country’s population continues to grapple with grinding poverty, as the local currency has plummeted to unprecedented lows against the dollar in open market.

To shore up diminishing domestic reserves, the previous government on several occasions hiked prices of basic commodities such as fuel, bread, rice and sugar.

The new government will be expected to turn around the country’s fragile economy, even as many regional and Western countries seek normalization of relations with Damascus after years of war. 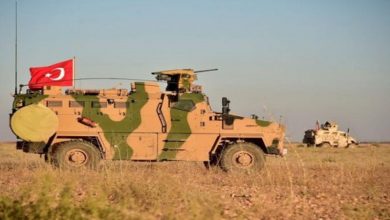 Turkey assures Iran its operation in northern Syria is ‘temporary’