Former al-Qaeda affiliate Hayat Tahrir al-Sham (HTS) is investing in different economic sectors in order to impose its total dominance over the economic activities in areas under its control in Syria’s northwestern province of Idlib and its surroundings, and to launder money to fund the group’s terrorist activities, a report says.

Late last month, Syrians staged a protest in the city of Darat Izza, northwest of Aleppo, against a decision by the terrorist group to close the popular market in the city center in order to construct a shopping center instead, calling for the release of merchants who were abducted during a raid by the militants on the market area because they had refused to evacuate their shops.

“The market workers — most of whom are vegetable sellers — were told that they should leave the market. But they refused because they have no alternatives. They would be losing their livelihoods while the rich HTS warlords get richer. So an armed group affiliated with HTS [raided the market] and arrested 10 people, after which the workers protested and demanded the release of the detainees, while denouncing the practices of HTS and the Salvation Government,” the owner of a shop in the popular market told the Washington-based news website Al-Monitor on condition of anonymity, referring to HTS’ self-proclaimed government.

In the wake of the July 28 protests, HTS said the relocation of the market’s vegetable stands was aimed at beautifying public facilities in the city, in an attempt to calm the tensions.

“If the goal was to beautify the city, it can work on simply organizing the market instead of depriving the poor of their livelihoods and arresting them if they refuse to leave the market,” one of the local notables said on the condition of anonymity, noting that the market was a cultural landmark and a part of the history of Darat Izza.

“It is hundreds of years old and one of the oldest symbols of the city. It will now be demolished so a few HTS leaders can increase their wealth,” he said.

“HTS exercises its tyrannical authority in Idlib and the western countryside of Aleppo and works — through its Salvation Government — to confiscate public property and help its leaders take control and establish their own businesses, disregarding the harm they cause to many of the poor,” he added.

HTS leaders invest their money in various economic activities, mostly in housing construction, the entertainment sector such as restaurants, cafes, parks and shopping centers, as well as the poultry and livestock sector.

According to Al-Monitor, most of the investments and HTS-owned businesses are conducted by civilian intermediaries close to the terrorist group’s leaders.

“HTS is trying to impose its total dominance over the sources of wealth and economic activities in Idlib, and this gives it more power and influence. It ensures its survival thanks to the diversity of sources of revenue,” Abbas Sharifeh, a researcher at the Istanbul-based Jusoor Center for Studies, told the website.

“HTS also backs projects that contribute to laundering money for its leaders who hide behind civilian fronts, and they are often traders who are used to managing these projects. [HTS leaders] rely on these traders for fear of being targeted by international sanctions.”

Syria has been gripped by foreign-backed terrorism since March 2011. The Syrian government says the Israeli regime and its Western and regional allies have been aiding the Takfiri terrorist groups wreaking havoc in the Arab country.

Syrian forces have already managed to undo the terrorist gains across the country and bring back almost all of Syrian soil under government control. 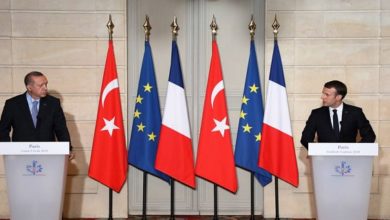 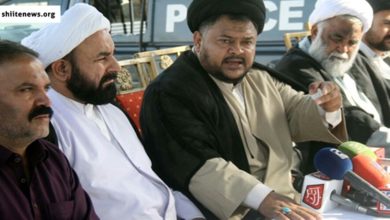 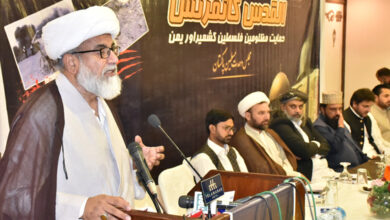 Israel is a co-production of Imperialism and Communism, Allama Raja Nasir Abbas