Freij, who is also the deputy commander-in-chief of the Syrian armed forces, said that the army is well-prepared to fight terrorism and wipe out the terrorists.

He made the remarks while checking the readiness of the armed units in the southern regions of the country on Thursday.

Freij also conveyed the greetings of President Assad to the army.

The minister further said the army’s recent victories have been gained thanks to the huge scarifies of the armed forces.

Syria has been grappling with a deadly crisis since March 2011. The violence fueled by Takfiri groups has so far claimed the lives of over 200,000 people, according to reports. New figures show that over 76,000 people, including thousands of children, lost their lives in Syria last year.

The Western powers and their regional allies – especially Qatar, Saudi Arabia and Turkey – are supporting the militants operating in Syria.

The government of Assad has vowed to push ahead with its efforts to root out terrorism in the country and establish national reconciliation. 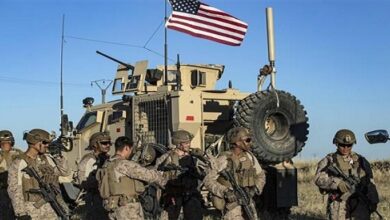 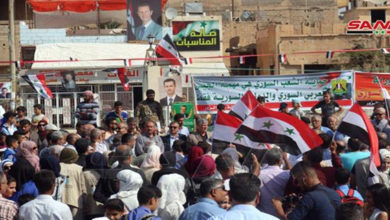 US forces transferring Daesh terrorists from Syria to Iraq