The Lebanese Al-Akhbar newspaper has said in a report that there are ongoing developments in relations between Hamas and the Syrian government following the 12-day battle between the Palestinian resistance groups and Israel.

According to Al-Akhbar report, in the aftermath of the victory of the Axis of Resistance in the recent conflict against the Israeli regime which changed the previously existing equations and deterrence that Tel Aviv sought to solidify over decades, the Assad government in Damascus and Palestinian Islamic Resistance Movement Hamas are preparing themselves to reestablish their ties, which were severed after 2011 when the crisis in Syria began.

The Al Akbar report said the two sides’ relations are getting better despite some criticisms on both sides.

The report added that the Axis of Resistance is preparing the ground for the restoration of relations between Damascus and Hamas in a bid to consolidate its positions against the Israeli occupiers after it was proven that Gaza Strip was the main battlefield for direct confrontation with the enemy.

The Lebanese newspaper wrote that after about ten years since the ties between Damascus and Hamas severed, the victory of the resistance in the battle of “Sword of Quds” opened the door for the return of normal ties between the two sides.

According to the report, this new development was reflected in the congratulations message sent by Syrian President Bashar al-Assad to Hamas and Hamas’s positive response, which opened a new chapter in their relations.

Recently, media reported that the Syrian president, in a meeting with a delegation of senior members of Palestinian groups, including Ziad al-Nakhala, secretary-general of the Islamic Jihad movement, praised the unity and bravery of the Palestinian people and stressed the importance of Arab and international support for Palestine.

“Syria is ready for whatever all the resistance fighters and warriors demand,” Assad had said in the meeting, adding that “We are militarily and politically part of the Axis of Resistance.”

Al-Akhbar added that Hamas is aware of the importance of Syria to the group because Syria plays a significant part in supplying weapons to Gaza or plans to develop military arsenals, especially Hamas missiles and drones.

The report also notes that Syria was a base for the Palestinian resistance group to use its Arab-Islamic experiences.

Al Akhbar went on to say under such circumstances, some in the Palestinian Islamic Resistance Movement continue to emphasize the need to return to the Syrian soil in order to continue developing Hamas capabilities so that future blows to Tel Aviv could be even more painful than before.

The pragmatist Hamas leaders with the help of other members of the Axis of Resistance have been trying to fix relations with this Axis, including Syria, over the past four years, according to the report, however, relations with Damascus are subject to some internal criticisms.

Al-Akhbar added that recently, following a vote of confidence in senior members of the Palestinian Islamic Resistance Movement, which took place two months ago in Hamas internal elections, and following the victory of the Syrian resistance and when the Damsucus initiative step, which received a positive Hamas response, the criticisms of their ties are dwindling, particularly on the Syrian side. 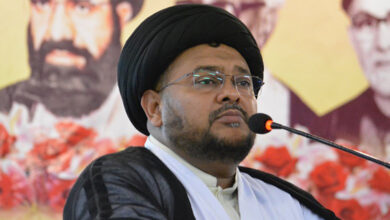 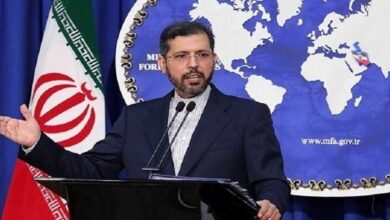