Russian Defense Ministry says terrorist groups based in the de-escalation zone of Syria’s northwestern province of Idlib and its environs have carried out nearly two dozen terror attacks in the past 24 hours against other areas in the province and neighboring provinces of Hama, Aleppo, and Latakia.

In a statement on Sunday, Rear Admiral Vyacheslav Sytnik, chief of the Russian military’s Reconciliation Center in Hmeimim Air Base in Syria’s Latakia, said that the center had monitored 23 terrorist attacks launched from the areas held by terrorists of the Jabhat al-Nusra Takfiri terrorist group, formerly known as al-Nusra Front.

He added that 13 of these attacks were in Idlib, five in Aleppo, three in Hama, and two in Latakia, Syria’s official SANA news agency reported.

According to the report, Jabhat al-Nusra terrorists, who have been particularly spread in Idlib, continue their attacks with rocket shells on the safe neighboring areas, claiming the lives of many civilians and wounding others.

Russia has been helping Syrian forces in the ongoing battles across the conflict-plagued Arab country.

The Russian military assistance, which began in September 2015 at the official request of the Syrian government, has proved effective as Syrians continue to recapture key areas from remnants of the Daesh Takfiri terrorist group and other foreign-backed terrorist factions across the country. 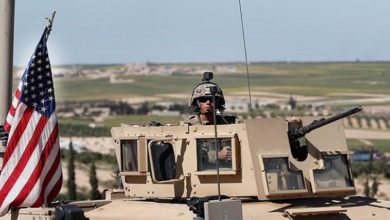 Syria militants call for â€˜trialâ€™ of al-Qaeda in Aleppo

IRGC Sees No Role for Saudis, Qatar in Syria Talks