Syria’s deputy foreign minister says terrorist groups are covered by US troops illegally based in his country to launch attacks on Syrian soldiers and civilians, calling for international cooperation led by the United Nations to curb them.

Bashar al-Ja’afari, who is also Syria’s permanent representative to the UN, made the remarks Thursday in a statement to a UN Security Council session on the situation in Syria via a video link.

He stressed that on top of the terror organizations being helped by US troops are the two most notorious Takfiri terrorist groups, namely Daesh and Jabhat al-Nusra.

“The hypocrisy of some states went far beyond to a hateful degree… from one side, the US administration alleges its elimination of Daesh, and from another side, it reshapes and re-operates it to target my country, and this was witnessed many days before through the terrorist attacks against a civil bus and tankers which claimed the lives of tens of innocent Syrians,” he said.

Ja’afari was referring to two deadly attacks on January 3, when terrorists launched an attack against a bus in the Kabajib area in Dayr al-Zawr province and another attack against fuel tankers as well as civilian vehicles in al-Salamiyah district in Hama province.

The attacks, which were later claimed by Daesh, killed an unspecified number of civilians and soldiers and wounded dozens of others.

Syria’s deputy foreign minister noted that the two attacks had been carried out by the Daesh terrorists who came from an area controlled by US troops in al-Tanf, which includes the al-Rukban camp.

Ja’afari said the terrorists were the same ones who had previously launched bloody attacks on civilians in Syria’s southern province of Sweida, targeting government troops and their allies, as well as gas pipelines and energy lines.

He went on to say that the US forces in northeastern Syria had also instructed their allied militants from the so-called Syrian Democratic Forces (SDF) to release Daesh terrorists held in SDF prisons.

Elsewhere in his remarks, Ja’afari said the US and the European Union continue with their crippling sanctions and coercive measures against the Arab nation despite the fact that Syrians are suffering more from the COVID-19 pandemic, ignoring calls by the UN Security Council, the UN special envoy to Syria and scores of other senior representatives at the international organization to put an end to these “illegal measures.”

The senior Syrian diplomat said politicization, selectivity, double-standard policies, and investment in terrorism have prevented the US and EU from removing their sanctions, stressing that the largest beneficiary of the sanctions are the terrorist organizations and their sponsors.

Ja’afari also touched on the issue of preparing Syria’s new constitution, saying that after weeks, the fifth round of meetings of the Committee of Discussing the Constitution would be held. He stressed that the constitution, which represents the most supreme law in the country, is a mere national affair of Syria.

“Outlining the future of Syria is just a Syrian national affair as well; thus, Syria reaffirms its possession and leadership of the political process facilitated by the United Nations and stresses that the success of the work of this committee requires respecting its rules of procedures that have been agreed upon and rejecting any external interference in its work.” 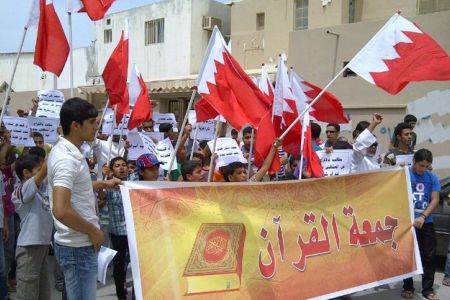 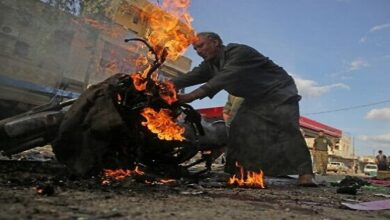 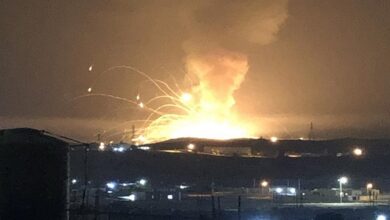