As part of Washington’s attempts to wrest further control over oil reserves in Syria and plunder natural resources there, the US military has reportedly transferred hundreds of troops from Iraq to Syria’s energy-rich northeastern province of Hasakah.

Syria’s state-run television network reported that 200 troops were flown to US bases in the town of al-Shaddadi onboard helicopters on Thursday. The town is located about 60 kilometers south of the provincial capital city of Hasakah.

The report added that the forces are set to be deployed at Omar oil field and Koniko gas field in the neighboring Dayr al-Zawr province.

The report said the convoy rumbled through the Waleed border crossing into Syrian territories, and headed towards US military bases in the area.

The US military has stationed forces and equipment in northeastern Syria, with the Pentagon claiming that the troops deployment are aimed at preventing the oilfields in the area from falling into the hands of Daesh terrorists. Damascus, however, says the deployment is meant to plunder the country’s resources.

The US first confirmed its looting of Syrian oil during a Senate hearing exchange between South Carolina Republican Senator Lindsey Graham and former US secretary of state Mike Pompeo in late July last year.

During his testimony to the Senate Foreign Relations Committee at the time, Pompeo confirmed for the first time that an American oil company would begin work in northeastern Syria, which is controlled by militants from the so-called Syrian Democratic Forces (SDF).

The Syrian government strongly condemned the agreement, saying that the deal was struck to plunder the country’s natural resources, including oil and gas, under the sponsorship and support of the administration of former US president Donald Trump.

Separately, US-sponsored and Kurdish-led militants affiliated with the SDF have abducted several civilians in Syria’s eastern province of Dayr al-Zawr.

SANA, citing local sources, reported that SDF militants stormed people’s houses in the villages of al-Ezba, Muayzila and Tayeb al-Fal, which lie in the northern countryside of the province, on Thursday and took eleven people away.

The militants also kidnapped a civilian on the outskirts of al-Sobh village.

Security conditions are reportedly deteriorating in the areas controlled by the SDF in Hasakah and Dayr al-Zawr provinces.

Locals argue that the SDF’s constant raids and arrest campaign have generated a state of frustration and instability, severely affecting their businesses and livelihood. 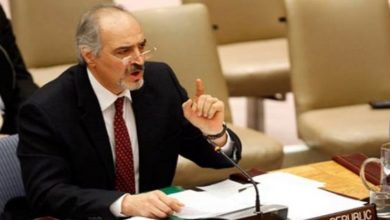