The United Arab Emirates (UAE) and Israel plan to take part in a joint military drill in Greece, the first public revelation of military corporation between the two after their normalization of ties last August.

Israel’s military sources broke the news on Saturday, with Maariv daily saying the war game was part of an international military exercise.

The exercise in Greece would also include air forces from the United States, Canada, Slovakia, Spain and Cyprus. The reports fell short of specifying the exact date and location of the drill.

The daily said the UAE had previously joined Israel in drills, but this was the first time Abu Dhabi had agreed for the information to be publicized.

Israel and the UAE agreed to a US-brokered deal to normalize relations on August 13.

Under the agreement, Tel Aviv purportedly agreed to “temporarily” suspend applying its own rule to further areas in the occupied West Bank and the strategic Jordan Valley that prime minister Benjamin Netanyahu had pledged to annex.

But Israeli leaders roundly rejected claims by Abu Dhabi’s crown prince and de facto ruler of the UAE, Sheikh Mohammed bin Zayed Al Nahyan, who had said Israel’s annexation plans were off the table after the deal.

Netanyahu underlined later that annexation was not off the table, but had simply been delayed.

The UAE-Israel agreement sparked protests and condemnations in Muslim and Arab countries, which described it as an act of treason against the Palestinians.

The deal emboldened other Arab states such as Bahrain, Sudan and Morocco to establish formal ties with Tel Aviv.

The Palestinians have unanimously censured the deals, which run counter to a long-standing Arab consensus that any normalization must come after the settlement of the Mideast conflict and the establishment of a sovereign Palestinian state.

They say the agreements amount to stabbing Palestinians in the back. 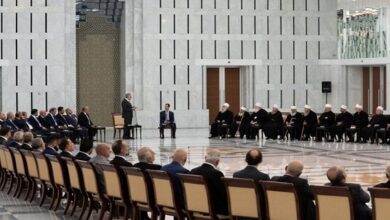 Assad: Syria will stand by Lebanese people, support them on all levels 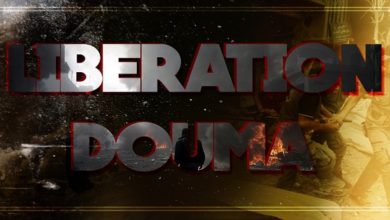 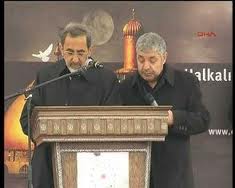