The Turkish military has evacuated from seven military observation posts in the northwestern part of Syria, withdrawing troops from territory liberated by Syrian government forces to areas held by allied Takfiri militants.

A Turkish source, who requested anonymity, said on Friday that the last of the evacuations was completed the previous night, and the forces were being redeployed within territory controlled by Ankara-backed forces.

“It is not in the form of troop withdrawal or reducing their numbers. The situation is just about changing location,” the source asserted.

Earlier this month, the Turkish forces started withdrawing from three military bases in the countryside of Idlib and Aleppo provinces in northern Syria.

The Turkish forces began pulling out from the Surman base in the eastern countryside of Idlib as well as the bases of Khan Tuman and Rashideen in the countryside of Aleppo on December 9, the so-called Syrian Observatory for Human Rights reported at the time.

The UK-based war monitor added that the Turkish troops would reposition in militant-held areas in the Zawiya Mountain region in the southern countryside of Idlib.

Back on November 10, the Turkish troops in northwestern Syria pulled out of a military base in the area that had been surrounded by the Syrian government forces.

The pullout from the observation post in Sher Mogher in northern Hama region came nearly a month after the evacuation of Turkey’s largest military base in the area.

Convoys carrying military personnel and equipment were seen leaving the Morek base shortly after midnight October 20.

Two weeks later, Russia and Turkey, signed a memorandum of understanding that forced the YPG militants to withdraw from the Turkish-controlled “safe zone” in northeastern Syria, after which Ankara and Moscow began joint patrols around the area.

Turkey has since wrested control of several areas in northern Syria in addition to other Kurdish-controlled areas.

Damascus views the Turkish military presence on Syrian soil as an attack on the Arab country’s sovereignty. 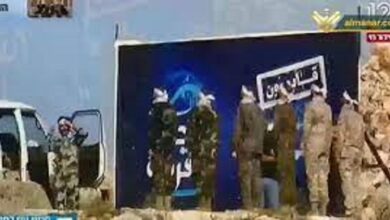