Leaders of several Arab countries, which used to be closest allies of US President Donald Trump, are extending congratulations to his Democratic rival Joe Biden over his victory, even though the incumbent has yet to concede defeat.

“Congratulations to Joe Biden and [Vice-President] Kamala Harris on winning the US elections,” Mohammed bin Zayed, the crown prince of Abu Dhabi and the de facto ruler of the United Arab Emirates tweeted.

“Our sincere wishes for further development and prosperity for the American people. The UAE and USA are friends and allies with a strong historic partnership that we look forward to strengthening together,” said the Emirati ruler, who is one of Trump’s closest allies in the Arab world along with Saudi Crown Prince Mohammed bin Salman.

“The [Egyptian] President stressed the aspiration for cooperation and joint action to strengthen the strategic bilateral relations between Egypt and the United States, in the interest of the two friendly countries and peoples,” presidential spokesman Bassam Radi said in a statement.

Emir of Qatar Sheikh Tamim bin Hamad al-Thani, in a tweet, congratulated Biden and Harris for winning the US election.

“Congratulations to President-Elect Joe Biden and Vice President-Elect Kamala Harris. My best wishes to the people of the United States and I look forward to working together to continue strengthening the friendship between our countries,” he said.

Lebanese President Michel Aoun congratulated Biden for winning the US presidency and voiced hope for a “return to balance in American-Lebanese relations” during his term, the presidency tweeted.

Oman’s Sultan Haitham bin Tariq al-Said also sent a letter to Biden expressing “his sincere congratulations for winning the confidence of the American people and for his election as President of the upcoming presidential term,” the state news agency said.

King Hamad of Bahrain also sent a cable of congratulations to Biden and Harris, and expressed Bahrain’s pride in the strong and deep-rooted historical relations with the US.

He also voiced the kingdom’s keenness to continue constructive cooperation to enhance the “strategic ties”.

“We call on the elected government of the United States to reverse the transfer of the US embassy to Jerusalem al-Quds, which runs against all international resolutions and stances,” Haniyeh said, according to the Lebanon-based TV channel Al Mayadeen.

“As the VP, your contribution to strengthening Indo-US relations was critical and invaluable. I look forward to working closely together once again to take India-US relations to greater heights,” he tweeted.

In a separate tweet, Modi offered congratulates to Harris, who is on Indian origin.

“Heartiest congratulations Kamala Harris! Your success is path-breaking, and a matter of immense pride not just for your chittis, but also for all Indian-Americans. I am confident that the vibrant India-US ties will get even stronger with your support and leadership.”

Joe Biden becomes president-elect of the United States after winning the pivotal state of Pennsylvania, according to projections by several news networks.

The former vice president took in the Keystone State’s 20 electoral votes to win the 2020 presidential election, NBC News and CNN reported on Saturday.

The victory in Pennsylvania put Biden past the 270 electoral votes needed to win the White House and defeat President Donald Trump, who had held a wide lead over his Democratic challenger on the night of the election.

However, as election officials counted mail-in ballots, a method of voting more widely used by the Democrats during the coronavirus pandemic, the race shifted dramatically in Biden’s favor.

In a statement, the president-elect said he was “honored and humbled” by the win and that it was time for the US to unite. “With the campaign over, it’s time to put the anger and the harsh rhetoric behind us and come together as a nation.” 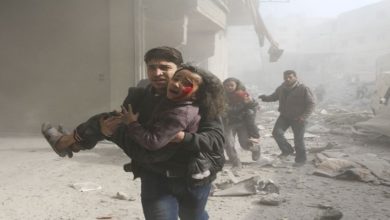 Syria Talks in Final Day as Tensions Boil over US Strike 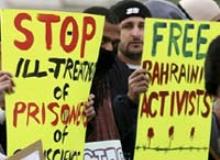