A senior Emirati official said the United Arab Emirates can work with the Zionist entity on some areas, including fighting the new coronavirus and on technology while still having political differences.

Addressing a conference of the American Jewish Committee (AJC), a leading Jewish advocacy group, Minister of State for Foreign Affairs Anwar Gargash said on Tuesday that communication with ‘Israel’ was important and would yield better results than other routes taken in the past.

“Can I have a political disagreement with Israel but at the same time try and bridge other areas of the relationship? I think I can and I think this is fundamentally where we are,” Gargash said.

His question and answer session, described as “historic” by the AJC, is the latest in a series of apparent gestures to the Zionist regime from the emirates.

In recent weeks, two UAE flag-carrier planes reportedly carrying aid for Palestinians have landed at Ben Gurion airport, including one marked with the Etihad markings. However, Palestinian PM said there was no coordination with the Palestinian government.

Last week, the UAE Ambassador to Washington Yousef Al Otaiba wrote an opinion piece for Ynet, the first-ever by an Arab official in an Israeli news outlet calling the Zionist entity as an ‘opportunity’.

Israel has no diplomatic relations with Gulf Arab countries, but common concerns over Iran’s regional influence have led to a limited thaw in ties. In May, Abu Dhabi-based Etihad made the first known flight by a UAE carrier to Israel, carrying coronavirus-related aid for the Palestinians. 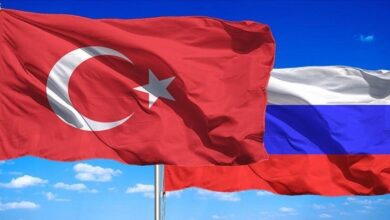 Turkey will train 2,000 militants from Syria 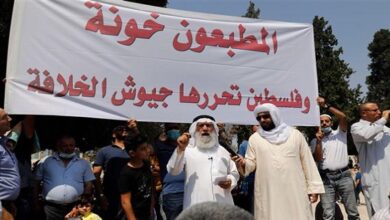