Two Israeli turbines were got fired by anonymous persons, which were set up to establish a wind power plant at Golan Heights.

A few days ago, the Zionist military blocked a meeting of the Popular Committee of the Occupied Golan Heights, which was supposed to be held in opposition to the project.

Media activists and political experts in the region believe that the burning of the two wind turbines is a message to the Israeli authorities that the project to build a wind power plant in the region will not succeed. 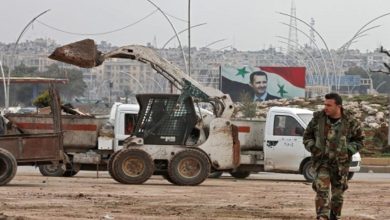 Syria reopens Damascus-Aleppo highway to traffic after years of conflict