The Russian Defense Ministry said in a statement on Sunday, “With the standard anti-aircraft missile systems deployed by the Russian air base, air targets were destroyed at a safe distance.”

The statement noted that the incident inflicted no damage on the airbase.

“There were no injuries or material damage. Russia’s Hmeimim airbase is operating in normal mode.”

The ministry added that the militants used three small-sized drones in the attack, which approached the base from the northeast on Sunday.

Over the past year, the Russian military has thwarted several drone and mortar attacks launched by militants on the airbase, destroying 53 drones, and 27 multiple-launch rocket system shells.

Russia has been helping Syrian forces in the ongoing battles across the conflict-plagued Arab country.

The Russian military assistance, which began in September 2015 at the official request of the Syrian government, has proved effective as Syrians continue to recapture key areas from Daesh and other terrorist groups across the country thanks to Russian air cover.

Meanwhile, US forces stationed in areas controlled by militants from the Kurdish People’s Protection Units (YPG) have prevented Russian troops from approaching an oil field located in Syria’s northeastern province of Hasakah.

Turkey’s state-run Anadolu Agency reported that the American forces had stopped a Russian military patrol that was on its way to the Rumeylan oil field in Hasakah on Saturday.

The report added that the “dispute between the US and Russia about the Rumeylan oil field in northeast Hasakah is ongoing.”

The Syrian government accuses Washington of occupying its oil fields and looting its resources.

Foreign Minister Walid al-Muallem said last month that Syria is facing a “methodical plundering” of its oil by the United States, which is conspiring to hinder counter terrorism efforts by Damascus.

Damascus is in great need of its major oil deposits in order to address its energy needs and rebuild the country amid crippling Western sanctions. Syria is currently extracting oil at only 10 percent of its pre-war capacity.

US President Donald Trump has not made a secret of his intention to keep troops is Syria is for the country’s oil reserves.

Back in October 2019, he said American forces would remain in Syria to “secure” the oil fields there, contradicting an earlier announcement that the US would be withdrawing its forces from northeastern Syria, ahead of a Turkish military incursion to fight Kurdish groups there.

And once again in an interview with Fox News, the US president blatantly acknowledged that American troops in Syria “are taking the oil.” 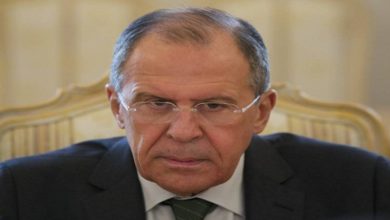 Moscow and Damascus will give a “crushing” response to militants in Idlib: Russian FM